Skip to content
HomeReview: A Matter of Love and Death, Caron Albright 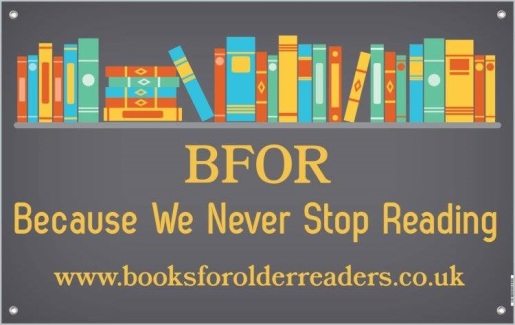 I’m delighted to be part of the BFOR Blog Blitz, and I have a beautiful book suggestion for you: A Matter of Love and Death, by Caron Albright. Set in Adelaide, Australia, in the 1930s, this is a cosy mystery with a similar tone to Anita Davison’s Flora Maguire series.

But first, a little about Books for Older Readers:

“The Books for Older Readers facebook group and website was established in October 2017 to promote books (mainly fiction) with older protagonists or themes such as ‘second chances’, which tend to appeal to readers in mid-life or beyond.”

And now, without further ado…

A Matter of Love and Death, by Caron Albright.

Adelaide, 1931. Telephone switchboard operator Frances’ life is difficult as sole provider for her mother and adopted uncle. But it’s thrown into turmoil when she overhears a suspicious conversation on the phone, planning a murder.

If a life is at risk, she should tell the police; but that would mean breaking her confidentiality clause and would cost her the job. And practical Frances, not prone to flights of fancy, soon begins to doubt the evidence of her own ears – it was a very bad line, after all…

She decides to put it behind her, a task helped by the arrival of their new lodger, Phil. Phil takes her to a nightclub, where she meets charming but slightly dangerous club owner Jack. Jack’s no angel – prohibition is in force, and what’s a nightclub without champagne? But he’s a good man, and when Frances’ earlier fears resurface she knows that he’s the person to confide in.

Frances and Jack’s hunt for the truth put them in grave danger, and soon enough Frances will learn that some things are a matter of love and death…

Right from the very start I was drawn into the atmosphere, and the time and setting, of this story. The town and its inhabitants are described beautifully, really making me feel part of the unfolding drama, and the author uses all the senses to keep her readers fully immersed.

Frances is a down-to-earth heroine, very forthright in her beliefs, and the way her life becomes entwined with that of some mysterious and puzzling characters is believable and well told. Her friendships are endearing and genuine; Pauline, in particular, fizzes her way through the story, the perfect foil for sensible, level-headed Frances. I’d like to find out if she had her own story, I think it would be an interesting one!

Maggie, Frances’s mother, is caring and selfless, to the point of her own detriment, and Frances is hard pressed to keep her focused on their own family’s needs. Unlike many roles of this nature, she is not merely ‘the mother,’ she’s a brilliant character in her own right, reminding the reader that no-one appears in someone’s story fully-formed, they all have their own value, and their own history that has shaped them. Anyone of a similar age will connect with her instantly, and appreciate that Frances is the well-rounded individual she is because of the way she’s been taught.

It’s refreshing to live a story through the lives of a family not absolutely mired in debt, but still struggling, while taking great pride in their home; very identifiable for most of us, and told with honesty and a gentle humour. The mystery is secondary to the unfolding relationships, but it does keep you guessing, and the resolution is satisfying when it comes. The relationships themselves are portrayed with warmth, and the love the extended family and neighbourhood have for one another is clear; you get the impression they would go through anything together and remain strong.

Overall this was a lovely story, with engaging and sympathetic characters, and I very much enjoyed reading it.

Buy this book on Amazon UK

2 thoughts on “Review: A Matter of Love and Death, Caron Albright”